How the nose changes as you age 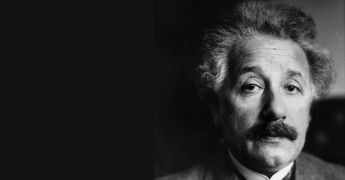 Think you're finished growing?  Many things change as we age, but it may come as a surprise to you to learn that our noses change as well. Turns out some body parts continue getting bigger, even after the rest of your body is fully developed. If you've watched older family members age over the years or have looked at yourself in the mirror, you might suspect that the nose is one of those ever-changing facial features.

Although our bones typically stop growing in our late teens to early twenties, the cartilage in our noses and ears never stops growing as long as we live, thanks to changes in soft tissue, muscles, skin elasticity and the cartilage that makes up the underlying nasal structure. From the age 30 or so to between 50 and 60 years of age, nasal volume in men will typically increase by another 29%; in women, 18%. For this reason, many elderly people, especially men, have very large noses and ears.

Another consistent change is that the nasal tip angle – the angle along the bridge of the nose, around the tip to the vertical space above the upper lip – will decrease, meaning that the nose will tend to droop with age.

Because we are so accustomed to seeing this, many people subconsciously associate a smaller nose with youthfulness. And because one of the major reasons men get plastic surgery is to appear more youthful to compete in the job market, a nose job goes a long way toward achieving this goal.

Even if you are happy with the appearance of your nose, its shape and size can change as you get older, and you may look in the mirror and see a bigger looking, droopy, rounder shaped nose. This can also change the way your face looks, making your nose look out of proportion with the rest of your face and giving you an older appearance.

What changes occur in an aging nose?

Cartilage and bone help provide a supportive structure for your nose, but over time, they can begin to weaken and make the tip of your nose look wider. This effect can also cause the appearance of a hump on the bridge of the nose.

The changes that occur is different person to person. If you have cartilage that's more rigid, you may not see significant changes. However, if you have softer cartilage, the appearance of your nose may change in a major way, such as cause your nasal tip to droop severely. In some cases, the aging nose can look as if the tip of your nose is sinking into your upper lip area.

This process can actually be worse in post-menopausal women because of the loss of estrogen causing the cartilage to weaken, reducing support to the nasal tip.

What can you do to change an aging or drooping nose?

If a drooping nose is making you look older than you feel and you want to regain a more youthful appearance, you may want to consider having a rhinoplasty surgery to help straighten the tip of your nose and give it support.

Depending on your individual needs and preferences, rhinoplasty for an aging nose can include reducing or repositioning lower lateral cartilage, utilizing grafts to help lift and define your nose, and/or using a cartilage graft to help lift and support the tip. This can help keep the nose from drooping again as it continues the aging process.

Unlike many younger patients who want rhinoplasty surgery for significantly reducing the size or refining the shape of their noses, most patients who are concerned about an aging nose and its effect on their appearance don't want a radical change. Instead, they simply want a natural looking nose that is harmonious with their face.

If you’re concerned about the changing appearance of your aging nose and want to find out if rhinoplasty is right for you, contact us today for a consultation. Our doctors will evaluate your nose and suggest procedures that are right for your individual case.
Posted by Korea Rhinoplasty Center at 8:55 AM No comments: